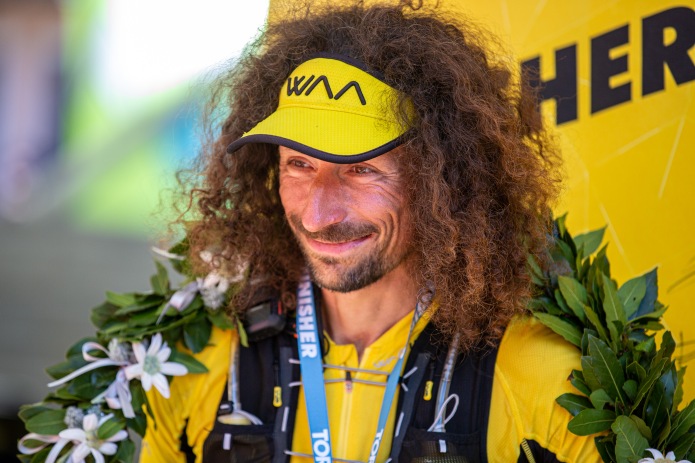 Tor des Glaciers, 450 km distance and 34.000 m D+, has gained the epithet of “world’s hardest endurance”, has its first winner. Or, rather, victor. Because Luca Papi, from Varese but living in France, has crossed the finish line in Courmayeur in 134 hours and 10 minutes, leaving his follower, Belgian Richard Victor, more than 20 km behind. His arrival should be expected today in the afternoon. In third position Masahiro Ono, always in the first positions.
Luca Papi was welcomed at the arrival by his wife and son, and he looked fresh as after a short race: no fatigue, perfectly dressed, smiling and hands to the sky.

“A strenuous but amazing journey, where I saw magnificent landscapes and met wonderful people”, were his first words. “I had hard times in the descents, some very hard and steep”. And the first nights of snow and wind? “Luckily I am not sensitive to cold, I always ran in my t-shirt and shorts; sometimes I wore a windbreaker and only once long trousers”. Complicated route? “I am quite used to races using only a GPS, although in these days I have crossed immense and wild lands, and it was not always easy to find the right way. Tor des Glaciers is a superb experience, to be done again”. Meetings on the road? “So many kind people in the refuges and high trails. At Rifugio Coda I met Oliviero Bosatelli, it has been helpful to do some of the road with him, until our paths divided”.

A tired but satisfied, relaxed and friendly Luca Papi. Behind the first three, about sixty runners (out of 98 departed), diluted along the last 100 km of the route. Definitely a good number, considered the difficulties of this fascinating but hard race.
Two women left on the race. Marina Plavan, first from the beginning, is now at Rifugio Duca Degli Abruzzi, under the Cervino, and Anouk Baars, who has not arrived there yet.

History of Tor des Géants: TDG was born as a different experince, from its start in 2010. Around 2000 volunteers are used to organize the race. Due to the alpine condition of the course with a race summit at Col Loson ovr 3.300m weather is an additional obstacle to be very much counted upon, with temperatures dropping at some points below -10ºC.  As they travel,  competitors can encounter sun, rain, wind, and even snow. Over the years, mountain conditions have greatly influenced the race.

The inaugural edition was in 2010. The 2012 edition was interrupted on the fourth night and stopped on the fifth day at En Bosses (303 km). About 70 runners completed the whole course. The 2013 edition was marked by the death of the Chinese runner, Yang Yuan. He fell and he hit his head on rocks during the first rainy night of the race. There is a monument at the site of the accident. The cairn has inscribed a poem written by Yang Yuan. The 2015 edition was interrupted on the third night due to severe weather and stopped on the fourth night, because Col Malatra got covered by ice. Only six runners completed the whole distance. In 2016 local authorities organized a competing race 4K VK alleging concerns for runner’s safety and the costs. That race started and ended in Cogne and went clockwise (unlike Tor) but had no continuity ever since. From Tor 2017 onwards, where the current record of 67h52m was set by spaniard Javier Dominguez Ledo, the organizers have introduced a geolocation service via GPS system which displays full data in real time for each athlete. 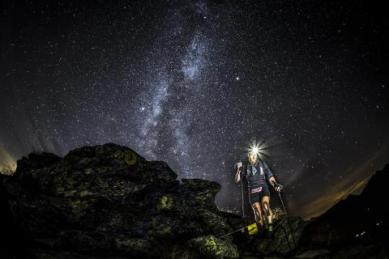 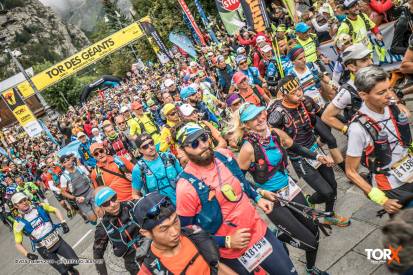 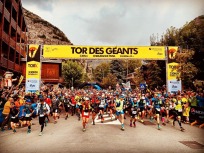 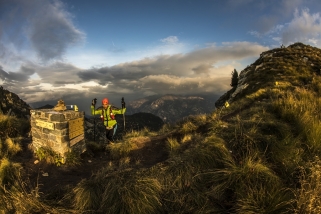 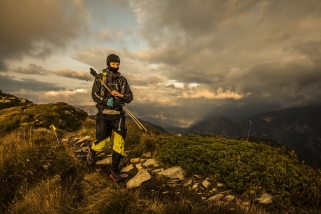 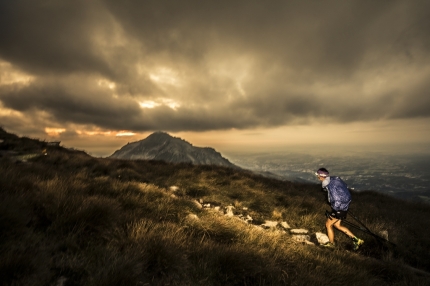 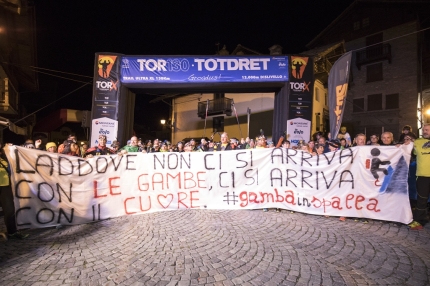 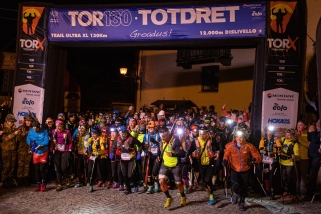